* This product is only available for dealers, for orders of a minimum of 1 container.
Category Plastic Mulch film Tag Mulch 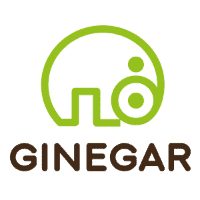 Ginegar’s mulch films are advanced multi-layer mulch films that are manufactured using two methods – multi-layer blow film co-extrusion and cast (flat die) extrusion. Offering UV protection, these films are available either embossed (cast) or smooth (blown) and in a wide range of thicknesses and widths according to specific growers’ needs, specifications, and crops.

The cast production method involves embossing while the material is hot, thereby changing the surface of the sheeting and endowing it with greater flexibility, softness, and strength. This allows better adherence of the sheeting to the ground surface and is particularly suitable for crops grown on raised beds. We manufacture our agricultural cover films using our new five-layer co-extrusion technology. This enables us to process raw materials that guarantee the highest level of mechanical strength and flexibility, and compatibility with all mechanical testing standards.

Types of Mulch Films- Divided into Blown and Cast

These three-layered films are silver or white on the side facing up and black on the side facing down. The silver or white color reflects radiation to prevent the overheating of seedlings, plants and fruit, enhances photosynthesis and repels pests; and the black color prevents the penetration of light and reduces the germination of weeds. These films are recommended for vegetables, flowers and orchards with single row layouts or for the entire width of greenhouse gables. They are also available with wider widths for wider greenhouse coverage (4-9 meters).

These films are yellow on the side facing up and brown on the side facing down. The yellow color attracts pests (mainly tobacco whiteflies), and studies done by Israeli researchers have shown that the use of these films significantly reduces the chance of viral diseases being transmitted by tobacco moths to multiple crop types. The brown color reduces radiation transmission and weed germination.

These films are recommended for growing summer vegetables.

Black films absorb and block radiation to suppress weed germination. As they absorb radiation, they warm up and heat the soil, and during hot seasons, may overheat result in burning, seedlings to collapse and hyperthermia in fruit.

Al-Or brown films combine two properties – radiation transference in the NIR range, which contributes to the heating of the soil, and radiation blocking in the PAR range, which reduces weed germination in a similar manner to opaque films. These films are especially suitable for crops that grow in autumn, winter and early spring and in areas prone to weed growth.

*This product has many options and features. Therefore, we invite you to contact us to inform you or to request a quote. We will thus be able to offer you a more personalized service. 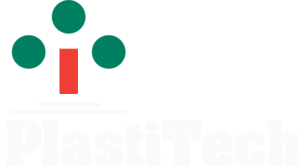 Fill out the following form to receive a silage film roll of your choice, free of charge. Limit of 1 roll per address.

The ordering period for the next season has begun and in this period of uncertainty, make sure you have all the products you need to ensure a high quality harvest.

View our products
How it works